The meaning of
Family

The Family as understood by Nebraska Family Alliance (NFA) designates a very specific thing: a married man and woman, with children, living out conventional gender roles. The Family is the building block of a certain social order. Above all, it is built on a certain kind of sexuality. NFA is dedicated to enforcing The Family through the law.

Many organizations opposed to legal abortion consistently maintain that their opposition is motivated only by saving the lives unborn babies. Not so NFA — they advocate for a whole package of legal controls on human sexuality, of which the criminalization of abortion is only a small part. We'll examine some stories that bear this out.

A lesbian couple in Nebraska wanted to raise a child together. One of the women had given birth by artificial insemination to a son, Luke, with the idea that her partner could become the other legal parent by adopting Luke. 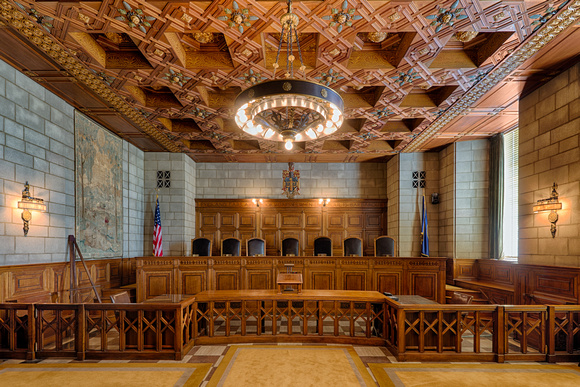 NFA was against the adoption. Executive Director Al Riskowski feared the adoption would elevate same-sex marriages to the level of marriages.

The couple was in court from 2000 to 2002 fighting for their right to adopt. The lawyer arguing against them was L. Steven Grasz, the Nebraska Deputy Attorney General. Mr. Grasz would later serve as a Director of NFA.

Dave Bydalek, head of the organization Family First, also argued against the women in an amicus brief. Family First would later merge with NFA, and Bydalek would serve as NFA's Policy Director. In 2017, Bydalek would himself become Nebraska Deputy Attorney General.

The NFA lawyers argued that the adoption of Luke could not take place unless one of these two things were true:

Often groups opposed to legal abortion promote adoption of children as the alternative. NFA fights adoption. As a Nebraska Supreme Court case, In Re Adoption of Luke set the precedent throughout the state that couples in similar situations could not adopt a child. We will never know know how many additional abortions resulted from this case law, chosen by those not allowed to form a legal family to support a child. 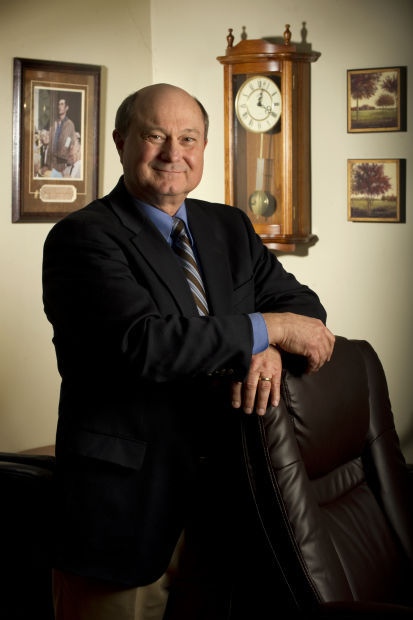 Shortly after they lost their case, Luke's moms left Nebraska, looking for somewhere their family would be legal. NFA Executive Director Al Riskowski remarked It's unfortunate they would leave the state over that. I would hope that their experience here in Nebraska would go beyond sexual choice.

Consider the audacity of breaking up a family in court, then telling them it's their own choice. The sexual choice they should have made, Riskowski says, is to stop being lesbians and evidently stop having an already-existing son, rather than leave Nebraska. This speaks to how fervently Riskowski and NFA hold to the ideal of The Family.

The eventual legalization of gay marriage presented a problem for NFA's legal strategy in the precedent set by the case against Luke's family. If gays could marry, they could adopt. Riskowski threatened that faith-based adoption agencies (which are a large fraction of adoption agencies) would close rather than allow adoption by gay couples to take place. Riskowski envisions a religious community that gives up all adoption, abandoning the central idea of being pro-life, in protest of gay adoption.

This would be confusing if we thought of NFA as pro-life. But, it makes sense when we remember that NFA promotes The Family — a worldview of ordering society through lifelong heterosexual marriage. Fighting both abortion and homosexuality is needed to bring unruly human sexual conduct under control.

Daycare centers for infants were planned for two Lincoln high schools being constructed in 2000. Dan Parsons, co-founder of Family First, was against the centers because it would send the wrong message about sexuality. Students whose hormones are raging, who see that sex is a very important part of our culture would see the daycare center and would end up thinking that unmarried sex was OK. Family First felt it was better to withdraw support from these infants. This would encourage teen mothers to place their children in adoptive homes rather than make the mistake of raising their own children.

The policy of withdrawing support from infants and their vulnerable teenage mothers might not seem pro-family at first. But, recall that the point is to promote the ideal of The Family rather than to support these specific, actual families. Better to whisk the children away to a family that fits the ideal. Presumably lacking childcare would encourage abortion also, which evidently is fine.

After more than a decade of successful collaborations, particularly against LGBT workplace protections, Family First and its staff would merge into NFA in 2013.

Senator Joni Albrecht, the NFA's biggest champion in the Nebraska Legislature, introduced a bill in the 2019 session to expand the information required to be provided during a medication abortion. The NFA-backed bill, LB 209, requires that a patient getting an abortion be told that it is possible to reverse the process of the abortion once it has begun. The assertion that this is possible is unproven; it may or may not be possible. If the bill passes, it will be mandatory for doctors to tell patients this unfounded claim.

Senator Albrecht expressed no concern about this scenario when it was brought up to her in the Legislature. Perhaps this is because her bill has a more complex goal than simply being pro-life. Perhaps it is about controlling women and controlling sexuality — advancing The Family.

On the other hand, perhaps she believes the scenario will never occur because she plans to outlaw abortion. And when her abortion ban goes to court, she knows NFA has people in the legal system who will interpret law in favor of The Family. 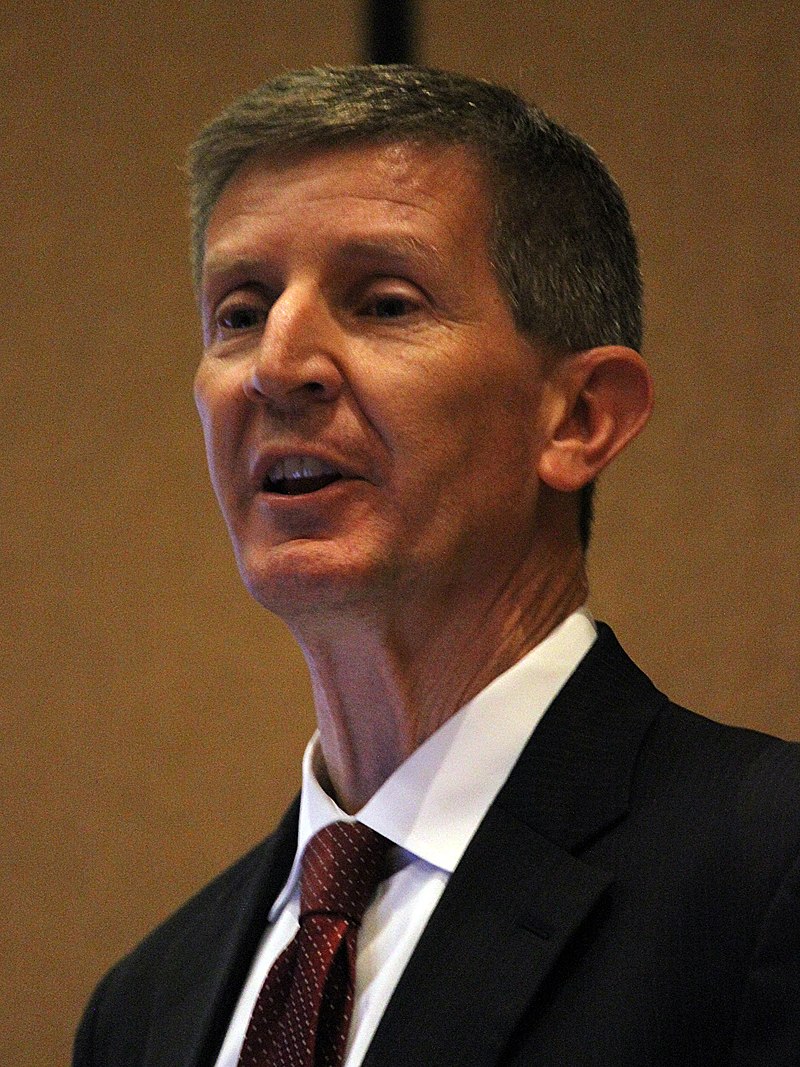 Remember the lawyer from the 2002 case against Luke's family? L. Steven Grasz, who was later an NFA Director? He was appointed a federal judge by Donald Trump in 2017. Judge Grasz currently sits on the 8th Circuit of the US Court of Appeals. This is second-highest level of court in the US, placing Grasz as a potential nominee to the Supreme Court.

An American Bar Association (ABA) committee prepares reports about each federal judicial appointment. In interviews with Grasz's coworkers they found bias and lack of open-mindedness that appeared to overwhelm and obscure the ability to exercise dispassionate and unbiased judgment. They also found his conduct gratuitously rude and marked by a lack of disclosure.

The committee unanimously voted to award L. Steven Grasz the ABA's Not Qualified rating. This is extremely unusual — Grasz is only the third judge to be appointed with the ABA's lowest rating since the rating process began in 1989. Those other two appointments were not confirmed, but Grasz was.

The NFA does not merely ask politely for social change. They do not simply pray for it. They lobby, and they back specific legislation, to try to make the law fit their religious vision. Moreover, they place members in the Attorney General's office and the federal courts so that law will be interpreted in the way they want. So that The Family may finally be protected from the free expression of human sexuality.

Judge L. Steven Grasz's son, Nate Grasz, is NFA's Policy Director today. Imagine Nate's excitement if a future NFA-backed abortion ban were upheld in court by his dad. That is the power of The Family.